Roblox: 15 Best Paid Access Games That Are Worth The Robux 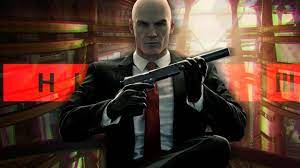 Not every game is worth the Robux cost, but these great paid games definitely are.

Roblox has a ton of free games to choose from, but some of the best are pay-to-play. You might be wondering if it is actually worth the Robux cost to play, and these definitely make the cut. The combination of gameplay with the creativity of their developers makes for something amazing in these paid access experiences.

The paid access games span across a variety of video game genres, so there is truly something for everyone to play. Some are still receiving active updates, while others don’t need them as they are incredible just as they are. It will be up to you to decide if you want to take a chance on these paid access games in Roblox!

Updated May 28th, 2021 by Rebecca O’Neill: Roblox thrives on a currency called Robux, and some game creators have even begun to make a living. This is also how the platform increases its own net worth, and it has recently opened itself up to place a direct listing on the stock market. They will continue to grow, especially as they are starting to show interest in expanding to PlayStation.

Some of the best games are paid access, which is why this list has been expanded to include five more. You might have to spend some Robux to obtain them, but a few moments into the game and you will realize it is well worth the price.

You can pay 125 Robux to play The Arcane Dungeons which is an RPG filled with magic and mystery. The game is still in Pre-Alpha, but it already has over 25,000 visits which means it must be great to some degree.

It is up to you to discover this world’s secrets as you explore and fight your way through it, preferably with a friend or two by your side.

This is a survival game that is the sequel to the initial free game, and players already adore it. It is an open-world adventure where you can form tribes and build castles, plus it is a great game to plug in your own music ID codes.

The creators even have strict rules to make the game enjoyable for everyone as you make the world your own.

Northwind is a bit expensive at 400 Robux, but its survival aspects make it well worth the price. It is focused on the colonization of Quebec and you have several resources at your disposal to help you survive.

You can take on the world before you however you like, although it is in early access so expect some hiccups along the way.

Atmosphere Studios is currently developing an experience called Acceleration Flight Sim that currently costs 400 Robux to play. It can only be played on PC and will allow you to feel the realities of flying various planes.

They combine physics with stunning graphics that will take you on the adventure of a lifetime as you soar through the skies.

You can play the beta of Water Park World by paying 25 Robux, so it isn’t a huge loss. It is a tycoon where you can build and manage your own park, including the construction of your own epic slides.

This game also allows you to team up with friends so you can build an amazing waterpark together.

Roses takes place in a 1940s asylum and it is as creepy as it sounds. You have to venture through it to find Max, a friend of yours who went in, but never came out.

It only costs 25 Robux to play, which is barely anything, but at the moment there are only three chapters so you might see the price go up in the future for this story-based game.

You will have to pay 50 Robux to play this game, but they are constantly updating it to make it better. This game makes you a game developer, and right now it is only in the Alpha version.

It allows you to design your own office, create games, drive cars, and so much more, which is why it has been visited over 1.2 million times. However, it is a great place to show off your rarest limited items that others would give anything to have in their possession.

This game is no longer receiving updates, but players are still raving about it. It costs only 25 Robux and it is a post-apocalyptic RPG where you fight a variety of monsters and players.

It is completely interactive as you can upgrade your equipment and pick up loot, although it is a shame that they decided not to finish it.

Treelands is another game still in its beta, and it only costs 25 so it is worth the risk. You can build your own treehouse which was basically everyone’s dream as a child.

There are also plenty of vehicles to use, with one example being a blimp, to make it easier to navigate the landscape. Your goal is to collect fruit to gain silver so you can make your treehouse the best it can possibly be.

This cafe game is pretty cool as you can run your own cafe business with two of your friends, even if they choose to dress as Slenders. It is a farm-to-table restaurant, except you have to collect your own fruit to uncover new dishes.

The goal is to expand your business and have fun with your friends in an effort to create the best cafe in town.

They have said this game will be free upon release, but if you want to play it early then you will have to pay 25 Robux. You will live the life of a BloxTuber who creates videos, gains subscribers, and aims to be at the top of the leaderboards.

It also lets you buy a home and upgrade your technology to help you reach different milestones in your career.

This is one of the most famous games in all of Roblox and it only costs 25 Robux. It has been visited by almost four billion players and there are usually over 100,00 on the game at a given time.

It is a pretty open-ended game, like some of these RPGs in Roblox, as you can choose to set goals like building a house or playing a role in society, or you can just hang out with friends. It is almost a Roblox version of The Sims, although it is more social as up to 12 players can be on a server at a time.

If you ever desired to run your own airport, then you should download this game for 35 Robux by Taco Dev. You will create the building where your passengers will wait and you create a runway for your planes.

In no time at all, you will be expanding as you constantly check your ratings to see how your guests are reacting to your establishment.

There is a lot of speculation about the cost of this game, as it is priced at 350 Robux, but its gameplay makes it worth it. If you are a fan of puzzles combined with combat then this is the game you should consider purchasing, despite the high price.

It doesn’t give clear directions on what you need to do or where to go, although it is all part of the fun. You may grow frustrated and quit after a while, but eventually, you will be drawn back to its mysterious facade to try and figure it out once again.

You will be transported into the role of emergency services in Emergency Response: Liberty County, and it is all-inclusive. It allows you to experience life as a police officer, transportation worker, and firefighter to name just a few.

The only downside is that it will cost you 125 Robux, but if it has always been your dream to enter this field then you might want to give it a try. They are constantly updating and fixing any issues so rest assured it will be money well spent on a quality game.